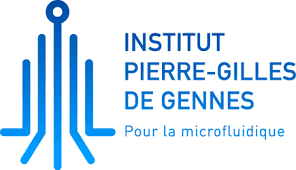 In the inauguration of the new microfluidics center the Institut Pierre Gilles de Gennes (IPGG), French President François Hollande recognized HiFiBiO SAS, a start-up company from Ecole Superieure de Physique and Chimie Industrielles de la ville de Paris (ESPCI), for its innovative application of single cell microdroplet technology for antibody discovery and development. In his remarks, he congratulated HiFiBiO for its business success and expressed his appreciation for the high quality research advanced by the company in France.