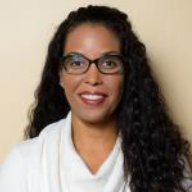 Efforts to rationalize drug development with more precise understanding of genetics and biology and the interrelation between the two haven’t been particularly fruitful. Serendipity largely retains its hold on R&D, even as genomics, transcriptomics, proteomics and metabolomics have all worked to better characterize the layers of information that are involved in creating molecular activity in the body.

One of the latest tools in more clearly understanding basic biology is single-cell analysis. The single-cell point of view has emerged the last few years as researchers have been assembling the Human Cell Atlas. This is another grand project on the order of the Human Genome Project. It aims to create a reference map of all the cells in the human body by identifying them and describing the RNA that defines their transcriptome, as well as measuring the molecules produced by each type of cell.

First outlined in the fall of 2016, the Human Cell Atlas aims to have a first draft comprised of analyses of about 100 million cells from major tissues and systems from healthy male and female research participants within its first five years. A comprehensive mapping of the roughly 10 billion cells in the body is expected to take around a decade and is expected to offer a reference point across disease areas, genetic diversity, environments and ages.

“The Human Genome Project was the foundation for genome wide association studies, for cancer genomics, and for functional genomics, all of which have had major impact on drug discovery. But it requires time to see those impacts,” explained Aviv Regev, who is the co-chair of the organizing committee for the international Human Cell Atlas project, as well as an MIT biology professor, chair of the faculty and the director of the Klarman Cell Observatory and Cell Circuits Program at the Broad Institute of MIT and Harvard. She is also a co-founder of single cell therapy startup Celsius Therapeutics. 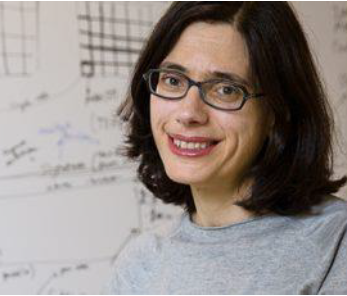 “But in many (most, even) cases, knowing the gene does not yet tell us what actually goes wrong in the body. It just gives us the first clue. To understand the implications of that genetic variation, and develop therapies, we often need to know when (in the embryo, during adolescence, in aging), where (in which organ), and in which cell type the gene fails,” she added. “That’s what the Human Cell Atlas will provide: a map of cells, with very detailed information about which genes are active in which cell types. We expect this to have immediate impact in several ways, including new biomarkers to accompany therapeutics, new targets for development, new approaches for cell and gene therapy (that show us which cell to target and how), and new ways to screen for drugs with single-cell profiles as the readout.”

From cells to drugs

Thus far, that analysis has been done via high-throughput analysis of single cells, as opposed to traditional averaging out of information from samples. The latest technology launched in late November from Pleasanton, Calif.-based 10x Genomics aims to provide information from the single-cell level, while keeping each of the cells in their physical location in a tissue sample. That should enable not only a more thorough knowledge not only of each cell, but also of the cells in relation to one another.

Even though university researchers are still in the thick of the basic research required for the Human Cell Atlas, biotechs are already being built around platforms built on single-cell analytics. Celsius Therapeutics and HiFiBio Therapeutics, both based in Cambridge, Mass., are among a handful of biotechs who have brought in sizeable financing rounds in the last few years to back drug-discovery platforms based on single-cell analytics. Cancer and autoimmune diseases are the focus for both of these companies–and are common areas of interest in single-cell analytics, which is already yielding significant discoveries in these fields.

“There are still 70% of cancers that don’t have a druggable driver mutation. And outside of genetic disease, like in autoimmune disease, we don’t have good enough genetic correlates to allow us to define patient populations for therapeutic use,” explained Celsius CEO Dr. Tariq Kassum. “So, clearly, something happens between genotype and phenotype. It’s not something that you can define in the genes; it’s something that’s actually happening at the cellular level.”

“The core idea of Celsius is that we are a precision medicine company building therapies for places where precision medicines right now, don’t exist like autoimmune disease or like the bulk of cancers where there’s no druggable driver mutation,” he continued. “We do that via the application of tools that allow us to better understand that cellular ecosystem of disease.”

The startup’s platform combines single-cell RNA sequencing with machine learning algorithms in an effort to discover first-in-class candidates based on the cellular drivers of disease. In September, Celsius signed collaboration agreements with a trio of research universities, to apply its single-cell genomics platform to tissue samples from patients receiving immune checkpoint inhibitor therapies for triple negative breast cancer, bladder cancer and kidney cancer.

The platform can identify very small, specific subsets of cells based on cellular expression that can otherwise be quite difficult to detect. Celsius aims to develop precision medicines that can be useful based on the presence or absence of these specific cellular subtypes, making this into a biomarker. The work is still preclinical. While Celsius has said it focuses on oncology and inflammation, the company hasn’t disclosed any specific programs yet.

All the B cells

HiFiBio is also focused on getting much more specific with cellular targets and how they relate to antibody activity. In May, the startup published in Nature Genetics on its high-throughput, single-cell approach to studying heterogeneity of chromatin states to better understand why some breast cancer cells remain resistant to therapeutics. They identified a subset of cells within untreated, drug-sensitive tumors that share a common chromatin signature with resistant cells that were previously undetectable using bulk approaches.

It has the single-cell functional antibody screening CelliGO platform that can analyze millions of B cells at a time to identify novel antibodies in immunized animals. With this approach that integrates machine learning, it also aims to develop novel cellular biomarkers to better stratify patients and predict antibody efficacy. HiFiBio has 10 active programs and aims to get to an IND submission next year for its first antibody. 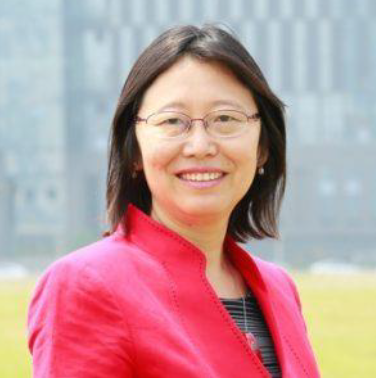 “HiFi’s platform is the only platform screening secreted antibodies in millions of B cells in a few hours after obtaining fresh tissue samples,” said HiFiBiO co-founder, President and CEO Liang Schweizer. “When we are looking at potential antibody drugs that are produced from the animal immune response from the B cells, we are getting a much deeper immune repertoire, to understand why this antibody could be an effective therapy moving forward instead of randomly sampling only a small fraction. We are looking at the entire population of individual B cells that we can use to identify antibodies.”

Schweizer started out working for pharmas, including Bristol-Myers Squibb, where she oversaw leads discover and optimization for biologics in immuno-oncology. At Sanofi, she was Head of Asian Cancer Research. That work left her looking for better ways to target patients effectively with novel drugs.

“With single cell platform, for the first time, we are examining multiple cell types at the level of individual cells. How do we really figure out biomarkers that are for sensitive cells, what are the common features? We are getting a much clearer picture from this approach. But this is still early stage in exploring biomarker discovery and patient stratification strategies,” said Schweizer.

In addition to being used in drug discovery research, single-cell analytics are also being employed in clinical trials to better understand the relevant mechanisms of action as well as to identify the precise cellular populations that could serve as potential biomarkers to predict efficacy.

10x Genomics seems well-positioned to be to single-cell analytics what San Diego, Calif.-based Illumina has long been to genomic sequencing. It is providing massive amounts of equipment to power the Human Cell Atlas. Most of its sales are going to academic institutions, but its tools are also increasingly being purchased and used by pharmaceutical and biotech companies.

The expectations for the future of 10x Genomics are already very high; it recently completed an almost $450 million IPO at a valuation of about $4.2 billion and has already seen its market cap since climb to over $6 billion. “The clinical trial work is really, really ramping up right now,” said 10x Genomics co-founder, President and CSO Ben Hindson. “Before when you’re doing both bulk methods, you just couldn’t really explain what was going on. Now, you can actually use this to screen patients to see who’s eligible. Then you can actually track them in time, quantitatively. They can watch different cell population and the different pathways within each cell type, and how they change over time in whatever pathway you’re trying to either monitor or change.”

On its first earnings call, 10x Genomics highlighted research out of Stanford on basal cell carcinoma that demonstrates that checkpoint inhibitor immunotherapy works by recruiting new immune cells to the tumor, rather than reinvigorating existing ones. Regev also highlights recent single-cell work in cancer immunotherapy as promising, including identifying sources of immunotherapy resistance in both malignant and T cells, and thus new targets for intervention and novel biomarkers.

She’s also intrigued by the ability to explore genetic causality via single-cell methods: “One area I am especially excited about is causal mechanisms — using single cell analytics in screens where we perturb each of hundreds of thousands or millions of cells with one or more genetic perturbation and use the single cell profile as the screen ‘readout’. This way we can look for complex impacts even when we do not know up front where to look. We can also screen for genes or compounds that can reverse complex disease phenotypes.”

Hindson noted that with the new tissue sample-based technology, thousands of colors will be used to help scientists visualize, and quantify, cellular molecules in physical space.

He said that researchers just want to do more, to analyze multiple different things simultaneously, essentially multi-omics, at high resolution at an affordable experimental cost. That’s the focus for 10x Genomics moving forward, to continue to develop technology that drives performance, sensitivity and specificity at scale.

Over time, he expects to see single-cell analysis become a routine part of research that drives fundamental improvements in patient care. “It’s definitive, rather than just kind of predictive,” Hindson said. “Our ultimate goal is to understand the biology so that we can actually improve health–and the only way to do that is to measure things correctly,” summed up Hindson. “Once you measure it, you can actually do something about it.”